THE ANIMAL WILL SET YOU FREE

You head out in pouring rain over the hill to the valley to release a cat from suffering. You were watching the climatic ending of a tense psycho horror film with your wife on date night until the service called. After-hours emergency. No one else in their right mind goes out Saturday at midnight to expedite the wishes of a pet owner who can finally no longer take the suffering of a beloved pet. The couple were at odds over the decision. The man tells you he grew up on a farm and suffering was not allowed for any of the critters. But this beloved cat was his wife’s precious child. She was in chemotherapy herself. A survivor. Her beloved cat, Honey, you see, took the cancer from the woman. The cat was held to the woman’s breast where Honey kissed her guardian. Honey took the cancer to her own mouth. 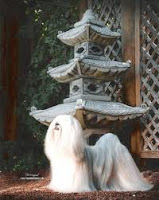 And as the woman recovered the cat became worse. Honey’s cancer spread to her eye. The woman’s sister also became nurse to Honey and fed her by hand. Cleaned her face. Now Honey’s eye is deformed or ruptured, you can’t seem to tell which. It is clearly time. The man has suffered watching the progression of poor Honey. He was advocating euthanasia and would have done it himself if he could but, no, it was up to his wife. You surmise that maybe the sister is keeping the cat alive and advocating for the “natural” way of death so that the transfer of the cancer can become complete and free the other sister. Is this possible? You recall the stories of the Lhasa Apsos who allegedly took the disease from the lamas by being simply brought close to them. Delivered upon a plush pillow. But there lies the cat. And the man tells you about how his wife had to be calmed down from severe hyperventilation and brought to her sister’s house. He tells you he has to be the strong one in the face of salary reduction at work. His new wife and new house of one year have become the stage for a tragedy. You ease Honey peacefully into her next life and the man is relieved. His journey to renewal has begun and his new year looks a bit brighter.

The companion animal bond has hit a new dimension tonight

You head back over the hill in the pouring rain and you think how lucky you are. Your wife your kids your health, reasonably.